In 1939, 20,000 Americans rallied in New York’s Madison Square Garden to celebrate the rise of Nazism – an event largely forgotten from American history. A NIGHT AT THE GARDEN, (or on YouTube) a short film by Marshall Curry just nominated for an Oscar, is made entirely from archival footage filmed that night, transporting audiences to this chilling gathering and shines a light on the power of demagoguery and anti-Semitism in the United States. 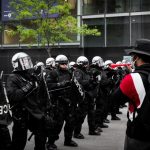 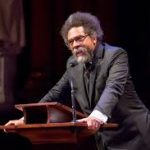