“The Canadian director Ben Proudfoot’s film The Queen of Basketball (2021) is a stylish look at Harris’s life and legacy, including how she became the only woman officially drafted into the National Basketball Association in 1977 – a move that she believes was a ‘publicity stunt’, but nonetheless speaks to her on-court dominance.” The video is an excellent exploration into gender, racialization, equality and sport.

You’ve likely never heard of the only woman drafted into the NBA – and that’s fine by her2021-08-202021-08-20https://makingsociologymatter.com/wp-content/uploads/2015/04/making-sociology-matter-white.pngMaking Sociology Matterhttps://makingsociologymatter.com/wp-content/uploads/2021/08/show_the-queen-of-basketball-landscape-11.jpg200px200px
Recent Posts
COPYRIGHT © 2014 - ALL RIGHTS RESERVED

Crip Camp and the Roots of Disability Activism in the USCSA Applied Sociology, Videos 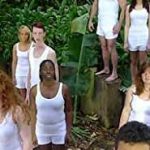 Me My Sex And IVideos